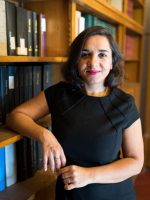 is a PhD student in Social History of the Faculty of Arts of Charles University. Her research focuses on Roma and Sinti holocaust, its perception in afterwar period, formation in individual and collective memory.
Projects: Romani Voices for Recognition, Memoirs of Jan Hauer, Database of Romani Testimonies

is the author of a study on the compensation of Roma imprisoned in the Lety camp under Law 255/1946 and co-author of the documentary film Lety. She is also a member of the working group for creating an exhibition devoted to the Memorial to the Holocaust of Roma and Sinti in Bohemia at the Museum of Romani Culture in Brno and a member of the editorial board of the specialist journal of Romani studies Romano džaniben. She has been working at the Prague Forum for Romani History at the Institute for Contemporary History of the CAS since 2018. 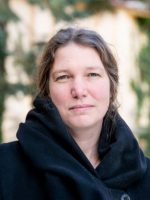 is a research fellow at the Institute for Contemporary History of the CAS and teaches at Charles University and New York University in Prague. Her research focuses on the modern history of Jews in Europe, the history of refugees and migration and, more recently, the history of Roma and Sinti.
Projects: Entagled experiences of Roma and Jews, Database of Romani Testimonies, Memoirs of Jan Hauer

Her book Czechs, Germans, Jews? National Identity and the Jews in Bohemia (Czech 2005 and 2014; English 2012) was named the Outstanding Academic Title of 2012 by Choice magazine. With Michal Frankl, she is co-author of Nejisté útočiště (Uncertain Refuge) (Czech 2008; German 2012), a book about people fleeing to Czechoslovakia from Nazi Germany and Austria. She is co-editor of Prague and Beyond: Jews in the Bohemian Lands (with Hillel Kieval; German 2020, English 2021, Czech 2022), and Jewish and Romani Families in the Holocaust and its Aftermath (with Eliyana Adler; 2020). In 2016, she initiated the establishment of the Prague Forum for Romani Histories at the Institute for Contemporary History. Since 2019, she has led an international research project entitled Genocide, Postwar Migration and Social Mobility: Entangled Experiences of Roma and Jews. 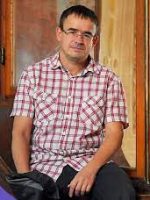 is a historian and senior archivist at the Hungarian National Archives in Budapest, Hungary. He received a PhD in History from the University of Szeged in 2011. His main fields of research interest include the social history of the Jews in Hungary as well as antisemitic social and economic policies and the Holocaust in Hungary.
Projects: Entanglend Experiences of Roma and Jews 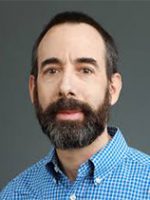 is Associate Professor of History at the Northwestern University in Chicago. He is the author of National Cleansing: Retribution against Nazi Collaborators in Postwar Czechoslovakia (New York: Cambridge University Press, 2005), which was also published in Czech translation (Prague: Academia, 2010).
Projects: Entanglend Experiences of Roma and Jews 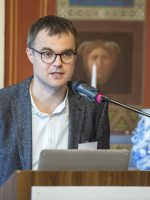 is Assistant Professor of sociology at Universidad del Valle, Colombia. He focuses on migration processes related to Roma, for example in his study  ‘In England, they don’t call you black!’ Migrating racialisations and the production of Roma difference across Europe. Journal of Ethnic and Migration Studies 44(7).
Projects: Entangled Experiences of Roma and Jews 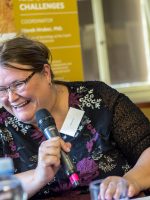 earned her PhD at the Institute of Ethnology, Faculty of Arts, Charles University. Her research focuses on the history of Vlach Roma in Czechoslovakia, Romani migration, intra/interethnic contacts, and Vlach Romani.
Projects: Entangled Experiences of Roma and Jews

Since 2014, she is a Research Assistant and Lecturer at the Seminar of Romani Studies, Charles University. Since 2019, she has been an investigator of the project “Genocide, Postwar Migration and Social Mobility: Entangled Experiences of Roma and Jews”, where she focuses on the history of Vlach Roma in Czechoslovakia in pre-war and port-war period. She has extensive experience in research inside Romani communities in the Czech Republic, Slovakia, and abroad (Great Britain and  France). She managed several Roma-focused research projects, e.g. linguistic (Vlach Romani Dictionary; 2016, Enlargement of Vlach Romani Dictionary; 2017; oral historical (Voices of Vulnerable Children; 2015-2017; Negotiated Stories; 2008-2010). She is fluent in Vlach and North-Central Romani. is a PhD student in Social History of Faculty of Arts of Charles University. He is an author of an award-winning book Arménská genocida: Příčiny, průběh a osobní svědectví (The Armenian Genocide: Causes, Development and Personal Testimonies) 1915-1922.
Projects: Entangled Experiences of Roma and Jews, Database of Romani Testimonies

His Ph.D. thesis focuses on the creation of the Czechoslovak Republic, the Kingdom of the Serbs, Croats and Slovenes and the Transcaucasian Federative Democratic Republic in 1918 as the new multinational entities in an era dominated by the institution of nation states. Marek is also a member of the Centre for the Transdisciplinary Research of Violence, Trauma and Justice, Charles University. 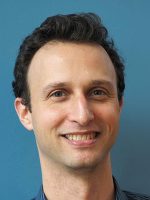 is Associate Professor of Jewish Studies, European Studies, and History and Director of the Max Kade Center for European and German Studies at Vanderbilt University. He is currently working on a book, entitled Jews and Roma in the Shadow of Genocide, which traces the relations between Roma and Jews during and since the Holocaust.
Projects: Entangled Experiences of Roma and Jews

has a special interest in questions of comparative minority politics since the Enlightenment. His publications include The Modernity of Others: Jewish Anti-Catholicism in Germany and France (Stanford University Press, 2014), ‘Romani Refugees and the Postwar Order’ (Journal of Contemporary History, 2016) and ‘Separate Suffering, Shared Archives: Jewish and Romani Histories of Nazi Persecution’ (History & Memory, 2016). 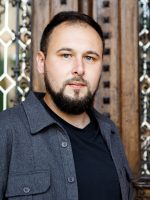 is an Assistant Professor at the Department of History and International Relations at Uzhhorod National University, Ukraine. His primary research interests are Jewish history in Central and Eastern Europe, the history of interethnic relations in Ukraine, and the Holocaust in Transcarpathia.
Projects: Entangled Experiences of Roma and Jews

defended his dissertation at Uzhhorod University on Czechoslovak-Soviet relations in the postwar period (2016). In 2019-2020, Pavlo was a postdoctoral visiting research fellow at the US Holocaust Memorial Museum. In 2018, he was awarded a research grant for young scholars by the Moshe Mirilashvili Center in Yad Vashem for his research “We can’t build Palestine in our village of Richka.”: Jewish-gentile relations in postwar Transcarpathia”. He was awarded the European Holocaust Research Infrastructure fellowship 2017) and the Visegrad Fund programs in Slovakia (2015, 2016). He is an author of publications on the history of the Holocaust in academic journals: Ghettoization and the Holocaust in Transcarpathia in testimonies of Victims and Witnesses (on the material of the Regional Extraordinary Commission) in Scientific Herald of Uzhhorod University (2020), Migration Experiences of Jewish Holocaust Survivors from Transcarpathia in Holocaust and Modernity: Studies in Ukraine and the World (2019), and Transcarpathian Jews in the Migration Processes between Czechoslovakia and the USSR, 1945-1948 in Acta Historica Neosoliencia (2016). 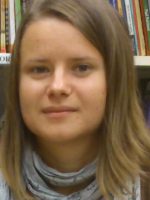 works as a historian at the Masaryk Institute and the Archives of the Academy of Sciences of the Czech Republic. She focuses on modern Jewish history in the 20th century, the history of the Holocaust in Slovakia in the Central European context.
Projects: Entangled Experiences of Roma and Jews

participated in the international comparative project on Post-WWII Antisemitic Pogroms in East and East Central Europe: Collective Violence and Popular Culture (Gerda Henkel Stiftung, 2015 – 2018). She was working as a historian at the Holocaust Documentation Center in Bratislava up to 2020 and has been a researcher in the European Holocaust Research Infrastructure (EHRI) project. Selected publications:  With Eduard Nižňanský, Dejiny židovskej komunity v Banskej Bystrici. Banská Bystrica, 2016; “Coming back home? Anti-Jewish Violence in Slovakia after the Holocaust“, in Wolfgang Benz, Brigitte Mihok (eds), „Juden unerwünscht“. Anfeindungen und Ausschreitungen nach dem Holocaust. Berlin: Metropol Verlag, 2016, 191-212; “Was the antisemitic propaganda a catalyst for tensions in the Slovak-Jewish relations?”, in:  Hana Kubátová, Jan Láníček (eds), Jews and Gentiles in Central and Eastern Central Europe during the Holocaust, London: Routledge, 2018, 76-98; Atrocities in the borderland: anti-Semitic violence in eastern Slovakia (1945–1946). In Review of European History: Revue européenne d’histoire, 2019, Vol. 26, No. 6, pp. 928-946. 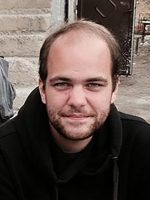 He is a PhD candidate at the Faculty of Arts, Charles University, with the support of the Max Planck Institute in Halle (Visegrad Anthropologists’ Network). His research focuses on inter-ethnic relations, policies toward Romani settlements, and mobilities of the Roma.
Projects: Entangled Experiences of Roma and Jews

His PhD thesis concerns Czechoslovak state policy of “controlled dispersal” of Romani settlements during the late 1960s, especially its local practice with focus on agency of the Roma. His MA thesis on mobilities of Roma in the context of local relations in Slovakia, based on longterm ethnographic fieldwork, was awarded by the Czech Association of Social Anthropology as the best anthropological Master’s thesis (2017). Based on this thesis, he published a monograph Facets of a Harmony. Roma and Their Locatedness in Eastern Slovakia (Karolinum Press, 2022). He participated in various anthropological and linguistic projects among the Roma in Slovakia, Czechia, and Great Britain. Jan Ort is fluent in North-Central Romani. 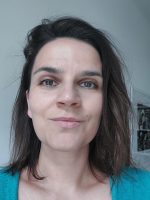 studied journalism at the Faculty of Social Sciences and Romani Studies at the Faculty of Arts of Charles University. In 2012, she co-founded the publishing house of Romani literature Kher and since 2017 she has been its director and works as a fundraiser, project manager and producer.
Projects: Database of Romani Testimonies

worked as a project manager at the Roma NGO Romea, o. p. s., and as a lecturer in Roma history at the organisations Nová škola, o. p. s., and R-Mosty, z. s. Since 2017, he has led the Kher publishing house, which supports Romani authors in their creative process, publishes their works, spreads awareness of the existence of Romani literature in society through the media and literary events, and strives to ensure that it is perceived as an integral part of Czech literature and culture. 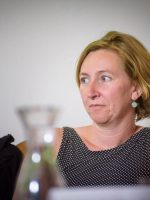 is head of the Seminar of Romani Studies (Department of Central-European Studies, Charles University, Prague), where she teaches Romani language and history. Her major research interest is the postwar history of the Roma in Czechoslovakia.
Projects: Entangeld Experiences of Roma and Jews, Memoirs of Jan Hauer 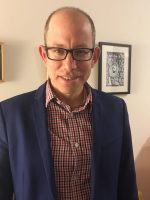 is Associate Professor of Holocaust and Genocide Studies and Endowed Professor in the Study of Modern Genocide at Stockton University, where he also serves as Director of the Master of Arts in Holocaust and Genocide Studies. He is also founder and coordinator of the Refugee Studies Initiative at Stockton University.
Projects: Entangled Experiences of Roma and Jews

has held a Harry Frank Guggenheim Fellowship, a Fulbright Fellowship, and a Lady Davis Fellowship at the Hebrew University of Jerusalem. His publications include Genocide in the Carpathians: War, Social Breakdown, and Mass Violence, 1914-1945 (Stanford University Press, 2016; paperback 2020); Days of Ruin: The Jews of Munkács during the Holocaust (Jerusalem: Yad Vashem Publications, 2013; Hebrew, 2011); and he was guest editor of the special issue on Genocide: Mass Violence and Cultural Erasure of Zmanim: A Historical Quarterly, vol. 138 (2018) (Hebrew). 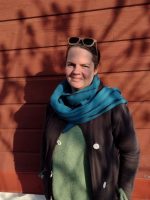 conducted independent oral history research entitled Entschädigungserfahrungen der Roma in der Tschechischen Republik im Rahmen des Auszahlungsprogramms der Stiftung Erinnerung, Verantwortung und Zukunft und ihrer tschechischen Partnerorganisation – des Deutsch-Tschechischen Zukunftsfonds. As a researcher, she participated in sociolinguistic research on the situation of the Romani language in the Czech Republic (FF UK, 2007-2009) and in research entitled Adoption and diffusion of grammatical structures: Czech and Slovak Romani in contact (Grant Agency of the Czech Republic, 2008-2010). Since 2006 she has been working as an editor of the journal of Romani Studies Romano džaniben.