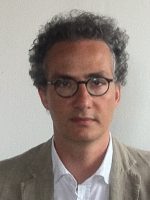 Ilsen About received his Ph.D. in History from the European University Institute, in Florence, and, with Vincent Denis, is the co-author of and co-editor of Identification and Registration Practices in Transnational Perspective (London and New York: Palgrave Macmillan, 2013). Since 2013, he has helped to run the interdisciplinary seminar on Romani studies at the EHESS, Paris. His present research is on the European dimension of anti-Roma policies in the nineteenth and twentieth centuries. In 2016, with Anna Abakunova, he authored a report commissioned by the International Holocaust and Remembrance Alliance, The Genocide and Persecution of Roma and Sinti: Bibliography and Historiographical Review (IHRA, 2016). A member of the European Academic Network on Romani Studies, he is working on a methodology of historical archives in Romani studies and is a co-editor of the volume Romani Presences: Investigations and Experiences into the Archives (Le Cavalier Bleu, forthcoming). 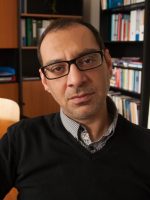 Assistant Professor of Anthropology at the Department of Anthropology, Faculty of Humanities, Charles University, Prague and a faculty member at NYU Prague

Yasar Abu Ghosh has earned his Ph.D. from Charles University, Prague, attended the Laboratoire de Sciences Sociales ENS/EHESS, Paris, and participated in study programs at University College London, Central European University, Budapest, and New York University. He has been a visiting professor at CEU, Budapest, LMU, Munich, and EHESS, Paris. In 2016 he was awarded a Fulbright-Masaryk Scholarship to serve as a visiting scholar at the University of California, Berkeley. Yasar Abu Ghosh has done field research on the Roma in south Bohemia, focusing on Roma responses to their marginalization in the socialist past and post-socialist present. He has also been working on memory culture and recognition in relation to the Nazi persecution of the Roma and the politics of its historical account.

Senior researcher at the Institute of Contemporary History, Czech Academy of Sciences

Kateřina Čapková is a historian, she is the head of the Inclusive History Research Group at the Institute of Contemporary History, Prague, and she teaches at Charles University and NYU, in Prague. Her research focuses on modern Jewish history in Europe and the history of refugees and migration. Her book Czechs, Germans, Jews? National Identity and the Jews of Bohemia (Berghahn Books, 2012; in Czech 2005 and 2014) received the Outstanding Academic Title of 2012 from Choice magazine. With Michal Frankl, she co-authored Unsichere Zuflucht (Böhlau, 2012; in Czech, in 2008), about people fleeing to Czechoslovakia from Nazi Germany and Austria. She is currently working on a project comparing the Jewish experience in post-war Poland and Czechoslovakia, with a focus on Jewish families in the border regions. In 2016 she initiated the establishment of the Prague Forum for Romani Histories at the Institute of Contemporary History. 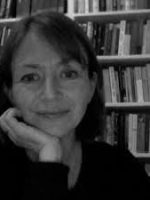 Senior Lecturer in Twentieth-Century History at the History Department, University of Liverpool

Celia Donert works on contemporary European history with research interests in the history of state socialism, social movements, and the history of human rights.  Her first book, on the social history of the Roma in twentieth-century Czechoslovakia as a struggle over citizenship rights in a socialist welfare state, is forthcoming with Cambridge University Press.  She is currently working on a history of women’s rights and socialist internationalism; this project has been supported by a British Academy / Leverhulme Small Grant and the Gerda Henkel Stiftung. From 2017 she is the Principal Investigator of the AHRC Research Network on Legacies of the Roma Genocide in Europe since 1945. 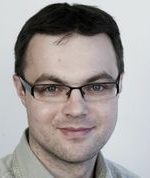 Jan Grill is the Simon Research Fellow in the Department of Social Anthropology at the University of Manchester. He is also affiliated with the Department of Sociology, Universidad del Valle, Cali. After completing his Ph.D. in Social Anthropology at the University of St Andrews in 2012, he worked as a temporary Lecturer in Social Anthropology at the University of Manchester, held a Re: Work Fellowship with the IGK Work and Human Life Cycle in Global History at Humboldt University, Berlin, and an ERSTE Foundation Fellowship for Social Research. He has conducted extensive ethnographic research among Slovak, Czech, and Hungarian Roma/Gypsy groups, exploring questions related to different forms of migration from central and eastern Europe to Great Britain and Canada (and back). The general research interests informing his work are migration, ethnicity, racialization, marginality, labour and work, and the ethnography of states and borders. 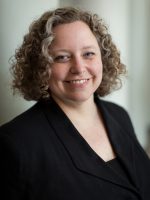 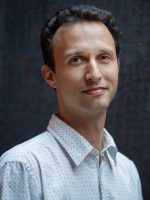 is Associate Professor of Jewish Studies, European Studies, and History and Director of the Max Kade Center for European and German Studies at Vanderbilt University. He is a historian of modern European and Jewish history with a special interest in questions of comparative minority politics since the Enlightenment.

His publications include The Modernity of Others: Jewish Anti-Catholicism in Germany and France (Stanford University Press, 2014), ‘Romani Refugees and the Postwar Order’ (Journal of Contemporary History, 2016) and ‘Separate Suffering, Shared Archives: Jewish and Romani Histories of Nazi Persecution’ (History & Memory, 2016). He is currently working on a book, entitled Jews and Roma in the Shadow of Genocide, which traces the relations between Roma and Jews during and since the Holocaust. 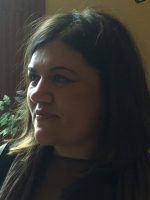 Previously, Angéla Kóczé was a Visiting Assistant Professor in the Department of Sociology and Women’s, Gender, and Sexuality Studies Program at Wake Forest University, Winston-Salem (NC). She was the principal investigator of a research project (2013-16) on Institutionalization of Romani Politics After 1989 in Hungary, funded by the Hungarian Social Research Fund. Her research focuses on the intersections between gender, ethnicity and class as well as the social and legal inequalities faced by the Roma in various European counties. She has published several peer-reviewed academic articles and book chapters with various international presses including Palgrave Macmillan, Ashgate, and Central European University Press. In 2013, the Woodrow Wilson International Center for Scholars, in Washington D.C., honored Kóczé with the Ion Ratiu Democracy Award for her interdisciplinary research approach, which combines community engagement and policy making with in-depth participatory research on the situation of the Roma. She is currently preparing a monograph on the political activism and social struggles of Romani women in Europe as well as an edited volume that takes stock of the contemporary situation and identity struggle of Europe’s Romani minority. 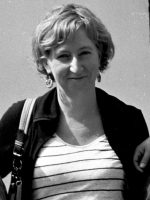 Helena Sadílková teaches at the Seminar of Romani Studies courses, mainly Romani language and history. Her major research interests are the post-war history of the Roma in Czechoslovakia, focusing on interaction among members of local Romani communities and the local non-Romani population, including the local authorities. She also works in the field of applied linguistics. She is Co-Editor-in-Chief of the Czech Romani studies journal Romano džaniben (Prague). 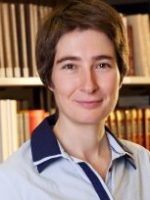 (May-Dec 2020) Romani Rose Fellow, Research Centre on Antigypsyism at Heidelberg University, Department of History (Center for European History and Cultural Studies) Eszter Varsa is a social historian with a Ph.D. in Comparative Gender Studies (CEU, 2011). Her major fields of research interest are reproductive politics, health education, and Roma in 20th century Central Eastern Europe. Her publications include Protected Children, Regulated Mothers: Gender and the "Gypsy Question" in State Care in Postwar Hungary, 1949–1956 (CEU Press, 2020), “’The (Final) solution of the Gypsy-Question:’ Continuities in Discourses about Roma in Hungary, 1940s-1950s” (Nationalities Papers, 2017), “’Gypsies’/Roma, and the Politics of Reproduction in Post-Stalinist Central-Eastern Europe” (The Routledge International Handbook to Gender in Central-Eastern Europe and Eurasia, forthcoming), She is coeditor of the special issue on “Sex education and reproductive politics in Cold War Europe” (The History of the Family, 2020). In her current project she examines how efforts towards the eradication of diseases, the improvement of health and hygienic conditions in the framework of eugenic state building in interwar Austria and Hungary were linked to the persecution of Roma.