This special issue of the journal Romano džaniben (2/2019) is dedicated to the exceptionally sensitive subject of the forced sterilizations of (Romani) women. Most of the contributions cover the territory of the contemporary Czech Republic and Slovak Republic geographically and temporally, including the entire history of the forced sterilizations of Romani women on those territories during the communist era and the history of the attempts to bring these forced sterilizations to an end/ to publicize their existence/ to compensate their victims, which continue to this day. The contributions by G. Albert, C. Cahn and Š. Ivanco introduce the most recent developments in the fight to compensate the Romani women who were forcibly sterilized both on the territory of the former Czechoslovakia and then in its successor states. The pieces by Z. Andrš, R. Pellar and L. Viková then approximate the situation in Czechoslovakia at the close of the 1980s, a time when this subject and the documentation of such cases throughout the Czechoslovak Socialist Republic (ČSSR) began to be paid more attention not just by some researchers, but also within the Romani community itself. The journal is also publishing, for the first time in Czech translation, the breakthrough study by the Dutch organizations Vereniging Lau Mazirel and Stichting Informatie over Charta 77 from the year 1990, which was the very first study to contribute extensive documentation of the practice of such sterilizations being applied against Romani women in the ČSSR at the close of the 1980s, research that became the basis for all the subsequent steps leading to the critique of that practice, the ending of that practice, and lastly, to compensating the victims of that practice. The studies by M. Runcis and L. Viková then place this subject in the broader historical, international context:  the contribution by Viková is the first to ever focus in detail on the sterilization of Romani women on the territory of the Protectorate of Bohemia and Moravia during the Second World War, while the paper by Runcis introduces the history of the forcibly sterilized women in Sweden within the framework of the structures and policies of the Swedish welfare state. In addition to reporting on the history of the fight to bring this practice to an end and condemn it, which is situated in the broader context of the (dis)continuities of the abuse of eugenics by state apparatuses in Europe during the 20th century, the journal also references the song lyrics of the Romani band Čercheň from Rokycany at the turn of the 1980s, drawing attention to a distinctly Romani reaction from that very time which references the injustices committed against female Romani victims and the impacts of those injustices, as well as how the subject resonated in Romani communities and what their opportunities were for resisting this treatment. The editorial by H. Sadílková summarizes not just the history and the mechanisms of the forced sterilization of Romani women in Czechoslovakia, as well as the history of the activities to document it at the time, but additionally situates this entire subject in the context of both Romani historiography and the approaches taken by the Czechoslovak state toward Romani people. The issue has been published with the support of the Academy of Sciences of the Czech Republic’s Strategy AV 21 program, “Global conflicts and local contexts:  Cultural and societal challenges”, and is accessible free of charge online at www.dzaniben.cz. 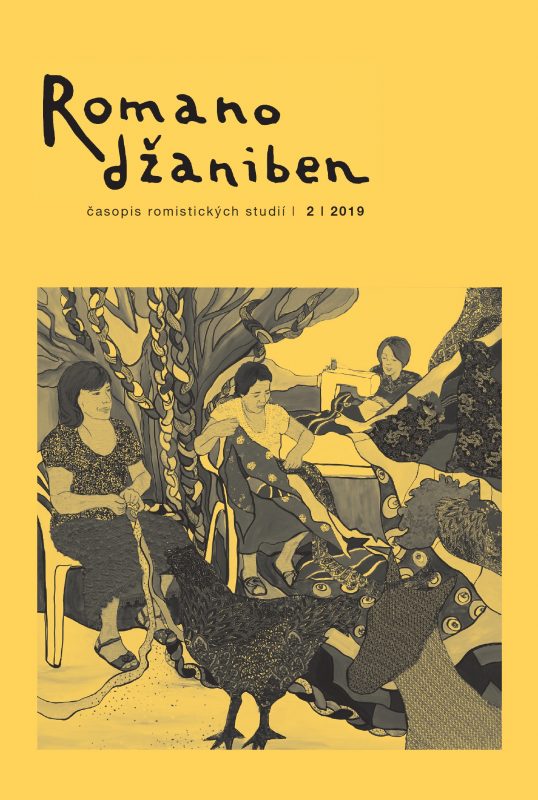