Prague Forum for Romani Histories at the Institute of Contemporary History, Czech Academy of Sciences was established at the first meeting of its steering committee in Prague in September 2016.

Romani communities have been an integral part of the multi-ethnic mosaic of east-central, eastern, and south-east Europe, and share the region’s tumultuous and transformative modern history. The study of Roma in this area, however, has long been the province of folklorists, philologists, and ethnologists, while Romani history as a field of inquiry has suffered from fragmentation and isolation. Furthermore, research related to Roma is still not accepted as an integral component of historical research in and of the region. No academic platform exists in Europe to support historical research focused on Roma, nor to facilitate discussion among scholars in the social sciences and humanities about their research agendas in order to develop and coordinate joint research projects.

The Prague Forum for Romani Histories is an academic initiative designed to promote interdisciplinary, intersectional and transnational scholarship that transcends these constraints. Our overarching goal is to assert the centrality of the study of Roma for a comprehensive understanding of European history and contemporary societies. Thus we aim to: (1) foster academic research on Roma in the nineteenth and twentieth centuries by focusing on historically informed approaches and supporting alternative and emerging avenues of inquiry, and (2) cultivate dialogue with historians, sociologists, anthropologists, philologists and other scholars outside the field of Romani Studies with the aim of situating the study of Roma as central for rethinking European history.

The Forum promotes a focus on Roma in order to contribute to decentering hegemonic national and identity-based narratives in European history. To do this, we seek to integrate east central, eastern and south-east Europe and the histories of Roma in these regions into broader transnational and comparative histories of Western, Northern, and Southern Europe as well as the history of places beyond Europe where many European Roma emigrated over the course of the past century. While the core of our interest consists of Roma of east-central, eastern and south-east Europe, by talking about Roma, scholars are also addressing larger historical questions, such as the history of the Holocaust, the Cold War, the welfare state, citizenship, economy and its social impact, social mobility and migration. In other words, the history of Roma is essential to understanding the broader history of the modern world.

The Forum aims to create a space where scholars can debate these questions from a range of different perspectives and approaches. This also means forging connections and dialogue between scholarship in English and other languages, including east-central, eastern and south-east European scholarship. Acknowledging the problematic role of disciplinary knowledge in reifying unequal power relations between Roma and majority societies, the Forum seeks to promote reflexive, self-critical work which foregrounds Roma as historical actors rather than as objects or victims. At the same time, without downplaying discrimination and persecution histories we nevertheless support the development of discussions that take the question of social inequality deeper, leading, for example, to methodological debates on the limits of available historical sources and the possible means of balancing these. Problematizing historical approaches stemming from the notion of Roma as only and forever isolated or marginalized within majority societies, we are interested in processes of local negotiation of central policies (and with them), interaction as well as isolation, and cooperation as well as conflict. Methodologically we pay close attention to processes of social differentiation along ethnicized and racialized lines, particularly as these intersect with other forms of difference, such as gender, sexuality, age and class.

This Forum is primarily focused on academic research but welcomes debate and initiatives supporting the co-production of knowledge with groups outside academia. In this sense we hope our work can build on and complement other recent and current projects that share our investment in the importance and centrality of the field of Romani histories.

The structure of the Forum

Coordinators of the activities of the Forum are Kateřina Čapková (capkova@usd.cas.cz) and Helena Sadílková (helena.sadilkova@ff.cuni.cz).

The partners of the Institute of Contemporary History in establishing the Forum are the Seminar of Romani Studies (Department of Central European Studies, Faculty of Arts) at Charles University and CEFRES in Prague.

Planned activities of the Forum 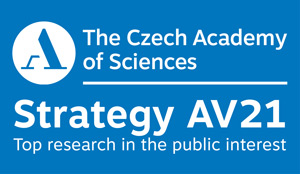